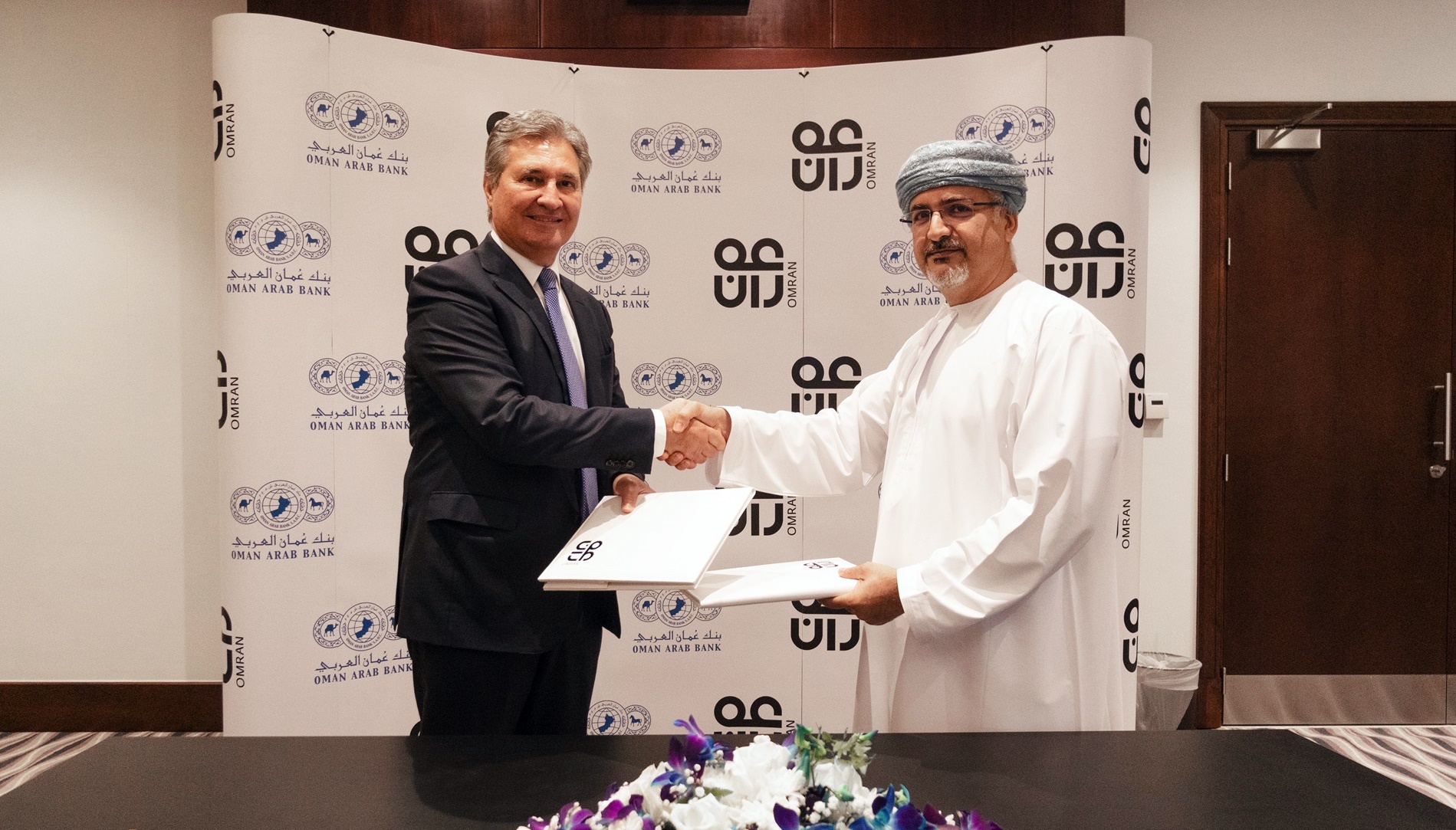 Muscat, (DATE), 2019: Oman Tourism Development Company (OMRAN), the Sultanate’s executive arm for tourism development recently signed a term financing agreement with Oman Arab Bank (OAB). Under the agreement, OAB will finance OMRAN with a long-term debt for the W Muscat. This agreement is in line with the objective of supporting the Government’s economic diversification efforts and increased focus on developing the country’s tourism sector, while establishing strong synergies and partnerships to aid the Sultanate’s economic agenda. The agreement was signed by Peter Walichnowski, the CEO of OMRAN and Rashad Al Musafir, the CEO of OAB at the W Muscat. The signing ceremony was attended by several
senior executives from both entities. Commenting on the new agreement, Peter Walichnowski, CEO of OMRAN said, “Now that
the W Hotel has completed construction and officially opened, we can put in place long term debt that will be financed from hotel operations. The involvement of the private sector allows Government funds to be released and used to create new tourism projects that support the 2040 National Tourism Strategy”

“We are extremely pleased to finalise the financing of this W Hotel with OAB. It stands as a testament to how strategic partnerships with private sector companies can enhance Oman’s development and growth.” Walichnowski added.

Rashad Al Musafir stated, “OAB recognises Oman’s potential for growth, especially withregards to tourism, and the need to further diversify the country’s economy. Subsequently, we are committed to supporting the various arms of the government in facilitating their various developments, in turn assist them in any way possible towards achieving Oman’s 2040 National Tourism Strategy goals. This is why we are delighted to be collaborating with OMRAN, a company that has a proven track record of delivering and managing sustainable tourism assets such as the W Muscat.” The Bank is also installing a State-of-the-art ATM machine within the hotel premises. OMRAN is the largest hotel investment company in the Sultanate with a portfolio featuring as many as 24 internationally and locally branded hotels and resorts. Through anchor projects and strategic development partnerships with leading regional and international developers, the company expands the capacity of tourism sector and creates new lifestyle and travel experiences.