Omran’s board of the directors team comprises diverse and capable professionals with global and local expertise. 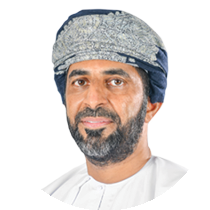 With over 25 years of cumulative professional experience, Eng. Mohammed Al Busaidi developed a wide range of diverse skills and capabilities over the years. He began his career by taking roles in the internal security and police aspects, where he occupied the position of a Communications Engineer then rose in ranks to become a Project Manager.

During his professional journey in the private sector, Eng. Mohammed held many key positions as a founder, partner and board member of many family companies operating in various sectors. He was the Director General and then Chief Executive Officer of Muscat Sport, Eamaar Real Estate and Golden Way.

Eng. Mohammed garnered valuable knowledge in the legislative and regulatory sectors. He served the country through his role of being an elected member of Majlis Al Shura representing the Wilayat of Bawsher for two terms. He was a member of many official delegation and attended several international parliamentary conferences and meetings.

Furthermore, he was involved in many committees and prepared a number of studies in the field of sports, Omanisation and employment of national workforce. He also occupied the position of Head of the National Leadership Programme for Middle/Senior Management (Etimad).

As an appreciation toward his contributions and community services, the late Sultan Qaboos bin Said- may his soul rest in peace- presented him with the Oman Civil Medal in 2011.

Eng. Mohammed Abubakar Al Ghassani, is currently the CEO of The global Omani Development & Investment Company SAOC, served as Deputy Speaker of the Shura Council for the eighth term 2015-2019 representing the Wilayat of Salalah.

Al Ghassani enjoys an extensive experience of working in senior positions in government and business, has a valuable experience in incorporating LLCs and SAOCs companies, and serves as a member of a number of boards of directors of SAOCs and SAOGs companies>

Eng. Mohammed holds a bachelor’s degree in electronics engineering from The University of Bolton, UNITED Kingdom (1988), an MBA from Lincoln University (2001), and an Executive Management certificate from Harvard University, USA (2004). 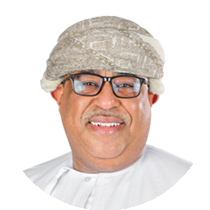 Dr. Khalfan Al Bawani currently serves as Vice President – Investment, Treasury and Market Operation at the Central Bank of Oman (CBO). Ever since starting his career at the Ministry of Information in 1988, he has served in different capacities in various sectors including upstream oil industry, central banking, and higher education.

After his stint at the Ministry of Information, Dr. Khalfan moved to Petroleum Development Oman (PDO) where he first served as Deputy Head of Finance and later on as Head of Exploration, Geoscience and Corporate Affairs Finance. Later on he moved to CBO where he first worked as a Senior Economic Analyst and subsequently held Vice President positions in a number of core functions of the bank.

With over 32 years of specialised experience, he currently serves as the Chairman of the Board of Directors at College of Banking and Financial Studies. At CBO, he is a member of a number of committees some of which he chairs. He is also an active member in a number of government committees.

Dr. Khalfan has authored and co-authored some academic and non-academic publications, all related to various sectors in the field of economics. He has also presented a number of policy and technical papers in a number of international and regional conferences.

Dr. Khalfan holds a Doctorate of Philosophy in Economics in the Field of International Money and Finance from Claremont Graduate University, School of Politics and Economics (SPE) in Los Angeles, dual Masters of Arts degrees, one in International Economic Policy and other in Applied Economics and holds a Bachelor of Science in Business Administration/Economics from various universities in the United States of America. 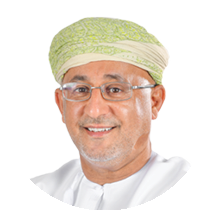 Dr Mohamed Ahmed Al Habsi is the Senior Consultant and DDG of PMU in Oman for THR Innovative Tourism Advisors, a company headquartered in Barcelona, Spain. His role sees him work closely with Oman’s Ministry of Heritage and Tourism, providing technical support for the execution of the Oman Tourism Strategy.

Dr. Mohamed has accumulated over 31 years of intensive experience, and has worked with significant names, nationally and internationally. In Oman, his full-time career began when he worked at the Ministry of Foreign Affairs. His hard labour and zeal attracted promising opportunities, which he seized and became one of the executives at Directorate General of Tourism (DGT) at the Ministry of Commerce and Industry.

Dr Alhabsi was, after all, a man of many talents. He holds number of senior positions and managed diverse teams. These included working for the Ministry of Manpower in different areas and the Deputy Dean at Oman Tourism College & was the General Secretary Assistant for Committees and information at A’ Shura Council (2012-2016).

Further amplifying his career and gaining international experience, Dr. Mohamed worked as a Researcher & Assistant Lecturer at the University of Luton (UK) for its tourism department. He worked as an International Consultant for AEP Austria (GCC & East Africa). Now and again, Dr Mohamed demonstrated high caliber, which led him to work with the World Tourism Organisation team in preparing the Tourism Manpower and Training Needs analysis as well as Tourism Human Resources Development Action Plan, project sponsored by Ministry of Tourism.

His major milestones also include working on various case studies and extensively researching on several other matters. He has worked with local and international consultants and academics in preparing the feasibility study for the establishment of A ‘Sharqiyah University (2008-2009) and prepared the first phase of Muscat University (2009-2010). he also worked with a team in developing and signing the affiliation and management program between Buraimi University & number of Austrian & British higher education institutions.

Dr Mohamed’s thought leadership aided many, adding to his list of successes, he was on the Board of Trustee & the Executive office of Al Sharqiyah University between 2008-2010 and on the Chamber of Commerce’s Tourism Committee.

Dr Al Habsi experience in the field of tourism varied from a governmental executive at DGT, to tourism & hospitality education & tourism advisory and research, experiencing the local and international public and private sectors practices. On the developmental and technical level, he also participated in preparing numerous analytical & parliamentary reports & documents, including: Vision 2020, five-year plans (1-7) & the distribution of development programs geographically, annual budgets for the government (2012-2016), job seekers, and others. 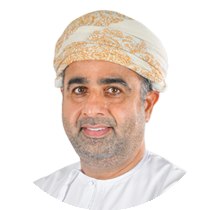 Hilal Abdul Rasool Ali Al Zadjali is the Director General of Spatial Studies and Policies at the Supreme Council for Planning (formerly).

His long 24-year career journey started with the Ministry of Housing (now Ministry of Housing & urban Planning). Al Zadjali then moved to the Supreme Council for Planning. His persistent mindset led him to advance to becoming the Technical Office Director at SCP’s Deputy Secretary General Office.

Hilal is a postgraduate with a degree in Managing Business with IT from Salford University, United Kingdom. 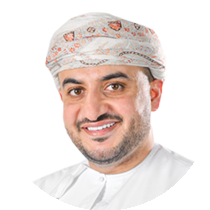 Omar Al Hashmi is the Founder and Owner of Al Hashmi Law. He is responsible for a broad range of activities that include varied litigation, comprehensive corporate practice and advisory, drafting a range of documents, providing legal advisory and related assistance at different courts, various governmental bodies including drafting legislation.

An influential team leader, Omar captains a team of over 18 lawyers from Oman, India, United Kingdom, Spain and Iraq. Over the years, he has formed strategic alliances in Malaysia, Singapore, Brazil, Spain, United Arab Emirates, Qatar and Kuwait, enabling him to develop a concrete legal network across the boundaries.

Prominent wins of Omar’s career do not stop here. He counselled the World Bank Group (WBG) in its worldwide publication, Doing Business 2020, and was awarded the Certificate of Appreciation for the same. Furthermore, he adviced the WBG in its research and advisory on various aspects of doing business in Oman and presented it to preeminent businesses worldwide. He even assisted the WBG in its ongoing research and advisory on the Insolvency Law of Oman. Adding to his list of achievements, he provided his guidance in restructuring a regal real estate project worth over USD1.8 Billion. He furthered his reputation by guiding the Real Estate Investment Funds and various national and international mining companies.

Omar holds a Bachelor of Law from the College of Law, Sultan Qaboos University (SQU). When his plate is not so full, he likes to take up pro-bono activities to help in legal causes, including free legal advisory and assistance to the destitute and needy, and support the national projects. 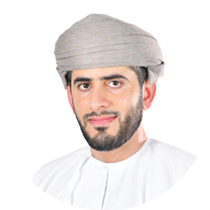 Hisham Al Sheedi currently serves as the Acting Director of Economic Diversification Investments and Senior Manager Asset Management at the Oman Investment Authority (OIA). During his tenure at the Oman Investment Authority, he overseen the management of a diversified portfolio of private equity investments of OIA, invested in more than 20 countries around the world. Through his role, he served on the boards of directors of a number of companies in various sectors, including renewable energy, logistics, real estate, and diversified investment funds.

Hisham Al Sheedi was seconded in the last quarter of 2019 to participate in the National Program for Fiscal Balance and before joining the State General Reserve Fund (formerly) in 2014, he worked in the State Audit Institution, particularly involved in the Oil and Gas Sector Companies, through which he participated in various evaluation and audits for various business aspects and projects including upstream E&P, and downstream petrochemicals and LNG.

Hisham Al Sheedi holds a master’s degree in Business and Information Technology from the University of Melbourne, Australia, and a bachelor’s degree in Business from the University of Victoria, Australia. During his professional career, he participated in leadership program from the London Business School and was nominated for the US Government Accountability Office International Fellowship Program.